How Was Lyme Disease Discovered?

Lyme Disease was named after the town of Lyme, CT, where it was first described and diagnosed in 1975. In the early 1900s, a manifestation of this was first reported in Europe and was associated with tick bites, an outbreak in Lyme, CT, in 1975 believed initially to be juvenile rheumatoid arthritis. In 1982, spirochetes were identified in the midgut of the black-legged tick (Ixodes scapularis) and named Borrelia burgdorferi after the man you "discovered it." If you want more of a deep dive into this discovery, read the book Bitten by Kris Newby. In 1984, Borrelia burgdorferi was isolated from the blood of patients with EM (erythema migrans) and from the rash lesion itself. -Determined to be the etiologic agent

How is Lyme Disease Transmitted?

An infected tick can transmit the spirochete to the humans and animals it bites. Untreated, the bacterium travels through the bloodstream, establishes itself in various body tissues, and can cause several symptoms, some of which are severe. LD manifests itself as a multisystem inflammatory disease that affects the skin in its early, localized stage and spreads to the joints, nervous system, and, to a lesser extent, other organ systems in its later, disseminated stages. 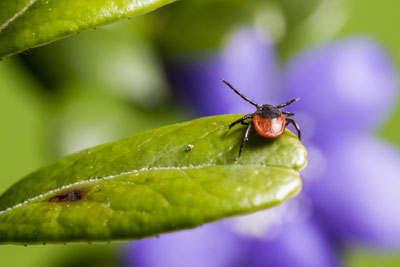 What are the Signs and Symptoms of Lyme Disease?

Within 3 to 30 days after an infected tick bite, an expanding red area forming a bull's-eye pattern appears. The rash (erythema migrans) expands slowly over days and can spread to 12 inches (30 centimeters) across.

Lyme Disease is known as the Great Mimic and is known to be the underlying issue for the following diagnoses:

The severity of symptoms correlates most closely with the overall summation or body burden of coexisting conditions and the genetically determined ability to excrete neurotoxins.

Trouble in the methylation, acetylation, and sulfation pathways is also common.

Other doctors risk reputation and time to help those that have been swept aside by mainstream medicine. While the Borrelia Burgdorferi infections are common enough, many times, they exhibit no symptoms at all. Until symptoms manifest themselves, many are not sure of what is happening to their health. Then they are run through the gambit of testing and eventually end up with an ELISA test and a Western blot test. Those fortunate enough to get the diagnosis of a Borrelia infection will start a long journey to reclaim their health. Unfortunately, it will be up to them to find out how to treat it, spending money out of pocket and lots of time and effort. However, many who are infected often go undiagnosed. Too many of these people will only end up with a prescription for antidepressants and watch as they continue to see their health decline.

The two main Issues with Lyme Disease are getting a diagnosis and finding the appropriate treatment for their specific symptoms and the underlying causes. Many have had to become their health advocates. They have spent hours researching and looking for answers outside of the traditional health care system that has failed to help them thus far. They seek out answers to their questions wherever they can find them hoping for relief. Epigenetics has led to a greater understanding of how we see many different presentations of Lyme Disease. Some people have many variants in their genetics, and when expressed, it can lead to issues with detoxification, dealing with inflammation, making neurotransmitters, energy production, and many more. From my experience addressing Lyme Disease is not as simple as just killing the spirochetal bacteria. Although some will have great success through this treatment, many do not. Those individuals will face a long journey trying to reclaim their health and life.

After working with many Lyme Disease patients, I have found many commonalities that I deal with and create a foundation for healing.

Getting Well Enough to Get Well

Many of my patients aren't well enough to get well. I often do not address Lyme Disease until after I have helped re-establish proper functionality in the body through various treatments and remedies. My goal is to rebalance the body's systems assisting the patient in living their life to an optimal level to be resilient to the effects of an infection, stress, or trauma.

Utilizing today's cutting-edge genetic testing, we can see what variants are in your genetic makeup. Please realize that these genetic markers are not your destiny but can be suppressed or expressed based on the stress that we experience. Stress can be Structural, Chemical, Emotional, Mental, or even Spiritual. 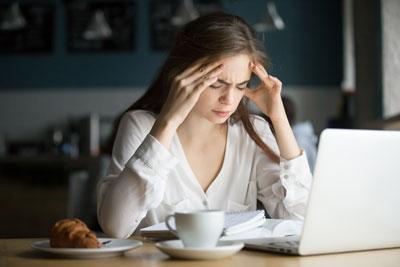 In our culture and today's technology, we face increased chemical toxins and stressors. The toxins and stressors corrupt our constitution and lead to weakened immune systems. Structurally, we conduct a much more sedentary life than previous generations; with less motion in our lives, we struggle to move toxins through our lymph vessels, leading to poor detoxification. Mental Stresses seem to be piling up today with the much more complex world we live in today. Emotionally, we see the effects of social media's connectedness are very separate and lead to an increase in depression. The comparison game is where people continually compare themselves to what they perceive as others' great successes, and, in comparison, they perceive themselves failing or less than their peers and falling behind—creating an increase in emotional stress, along with all the other issues that life has to throw at you. Spiritual stress is a keystone of many of the other stressors we experience. What you believe constitutes your belief system and will either increase or diminish mental, emotional, chemical, or physical stresses in our lives or our bodies. So, as a healer, I must address all of these areas to help my patients balance their life and find Joy. It is a much harder path than just dealing with chemistry and dosing out a prescription and more complicated than recommending that you exercise and eat right. We have to address the core of your belief system and what you believe to be true about yourself.

As a doctor, I really can't do much other than make recommendations for remedies, nutrition, exercise, and spiritual steps. Most of my patients are tough and have had to learn to be fighters. Healing from Lyme Disease or any chronic disease requires a level of inner strength that most don't have. Many of my patients have to be a coach and a cheerleader. I see the struggle to push through specific treatments, and I know how rough it can be, so I am proud of what they accomplish. It is not an easy journey, and you will have to dig deep and change yourself in the process of overcoming this disease. You will be different and more grateful for the life you have left. These are some of the best people I know. They become encouragers and cheerleaders for those that are still in the struggle and the fight.

Believe it or not, I have had many patients that didn't want to get better. They were miserable but loved being the center of attention. I have seen marriages fall apart due to a teenager manipulating parents against each other, not wanting to do what was needed to get better. I have seen Mothers who don't want their children to get better and leave home. These are unusual situations, but the stress isn't just on the patient but on the entire support system, and it can go either way. These are core issues that they didn't want to address and overcome, which will lead to more health issues arising later on. As a doctor, I can only do so much; the patient has an enormous responsibility to put in the work and seek a healthy life; I have been very fortunate to work with patients that put in the effort and the work to see success. I have received credit for the success of many of my patients when they deserve the credit for putting in the action. They endured the struggle and persevered.

Epigenetic testing is all the rage right now. It is a seductive approach to finding what variants your parents have passed down to you. It shows us the potentiation of the variants we have, and when a specific stressor happens, it changes the way we express our genome and ourselves. Finding these variants in a patient's genome can lead us to dysfunction in the methylation pathway since we cannot change our genome. The question is, how can we monitor changes in the genome? How can we determine if we are changing the expression of these genes? One option is to use the Organic Acid Test or OAT to see what byproducts of these pathways are out of balance. It can take several weeks to get results back, and we will see how you expressed several weeks ago. By utilizing kinesiology testing, I will address these areas of concern. By rebalancing these pathways, we can begin to restore the natural detoxification pathways, decreasing the number of poisons/toxins accumulating in our tissues and slowing the organ's performance. While I can utilize many therapies and remedies to help pull toxins out of the body, it is better to help the body restore its systems for long-lasting health and benefit the overall body.

When alleviating the symptoms of Borrelia and Co-Infections, parasites should be a priority. Parasites are known to be infected with many types of bacteria and viruses that we are trying to kill off with our immune system. Parasites are like terrorists; they are hard to find and move stealthily in the intestines and even worse throughout the body. So many people receive many successful treatments for Lyme Disease and feel much better for a time, only to have it rise again later after a stressful event. Remember that everything in your gut is not technically in your body. From the mouth to the anus is a large tube that passes through your body, and everything in it will not show up on bloodwork because blood is a closed-off system, so you cannot test for this successfully in the blood. Parasites living in the bowels are hard to find through conventional Ova and parasite stool tests and even with scopes. I have had patients who have come to me with many negative tests for any parasites or completely clear GI scopes and scans. I helped them to start passing these worms in their stools, and patients were amazed. Not just by how many parasites came out; but also by their size, all of this after not finding any evidence before through labs or imaging.

These parasites can be a haven for Lyme Disease to thrive in and easily reinfect you later when your guard is down and can cause another health crisis. There is another issue coming into play with parasites and Lyme Disease, and that is heavy metals. Parasites can thrive in an environment with heavy metals and absorb these from our bodies and help us function better. Our bodies keep the parasites and, in turn, allowing Lyme Disease to hang around. So, where do we get these heavy metals? Our environment, from air pollution and smoking, in our water supply, and corrupted food chain. Processed foods with "Nutrient" fortification can introduce these metals and minerals at significant levels and sizes, which we cannot absorb and process but provide the breeding ground for Parasites. That is why addressing this Parasite Triad Is putting the horse before the cart.

I address many more aspects in my treatment protocols, and many therapies I utilize in helping my patients get long-lasting results and reclaim their lives.

If you are interested in a consult to discuss your case and see if this approach is right for you, please call (316) 531-3030 today.